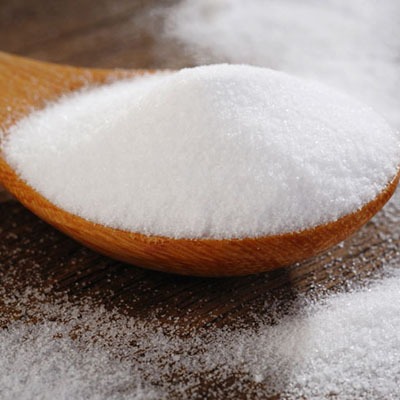 Sucralose is a noncaloric artificial sweetener. It is also known under the E number (additive code) E955. Sucralose is approximately 320 to 1,000 times as sweet as sucrose (table sugar), twice as sweet as saccharin, and three times as sweet as aspartame. It is stable under heat and over a broad range of pH conditions. Therefore, it can be used in baking or in products that require a longer shelf life. The commercial success of sucralose-based products stems from their favorable comparison to other low-calorie sweeteners in terms of taste, stability, and safety.

Sucralose is manufactured by the selective chlorination of sucrose (table sugar), which substitutes three hydroxyl groups with chlorine. This chlorination is achieved by selective protection of the primary alcohol groups followed by acetylation and then deprotection of the primary alcohol groups. Following an induced acetyl migration on one of the hydroxyl groups, the partially acetylated sugar is then chlorinated with a chlorinating agent such as phosphorus oxychloride, followed by the removal of the acetyl groups to give sucralose.

Sucralose is found in many foods and beverage products because it is a no-calorie sweetener, does not promote dental cavities, is safe for people with diabetes, and does not affect insulin levels. Sucralose is used as a replacement for, or in combination with, other artificial or natural sweeteners such as aspartame, acesulfame potassium, or high-fructose corn syrup. Sucralose is used in candy, breakfast bars, and soft drinks. It is also used in canned fruits wherein water and sucralose take the place of much higher-calorie corn syrup-based additives. 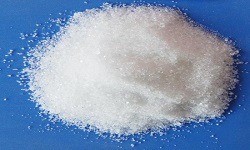