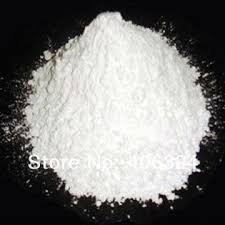 Methyl methacrylate (MMA) is an organic compound with the formula CH 2 =C(CH 3 )COOCH 3 . This organic compund has a clear liquid with a characteristic ester odor. Known for its excellent transparency and weatherability, as well as its easy recyclability, this acrylic resin has attracted a great deal of attention for environmental considerations. In addition to its use as a material in its own right, MMA monomer is also an important constituent of various compound chemical products. By far the greatest volume of MMA is polymerized to the homopolymer poly (methyl methacrylate) (PMMA). The polymer is a clear plastic that is known by the familiar trade names Lucite and Plexiglas.

There are several synthetic routes to MMA. The most widely used are a three-step sequence that begins with acetone and HCN and proceeds through acetone cyanohydrin; and a two-step process that begins with the reaction of ethylene and methanol to produce methyl propionate. The principal manufacturing mehod is the acetone cyanohydrin (ACH) route. ACH is produced by condensation of acetone and hydrogen cyanide. The cyanohydrin is hydrolyzed in the presence of sulfuric acid to a sulfate ester of the methacrylamide, Methanolysis of this ester gives ammonium bisulfate and MMA. Although widely used, the ACH route coproduces substantial amounts of ammonium sulfate. The economics of the ACH route have been heavily optimized.

Coating Industry
Another major application of MMA polymers and copolymers is in surface coatings and impregnation resins to give colour fastness and weather-resistance properties to latex paints, lacquer resins and stoving enamels. For example, exterior latex paint is based on emulsions containing MMA while other uses include industrial finishes, and metal and foil coatings

Plastic Manufacturing Industry
Methyl methacrylate is also used for the production of the co-polymer methyl methacrylate- butadiene-styrene (MBS), used as a modifier for PVC. This polymer also applicable in food and pharmaceutical packaging.