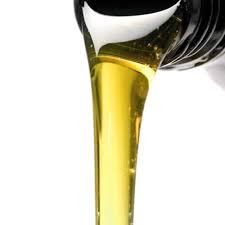 Colorless to Yellow to Brown

Diesel fuel, in general, is any liquid fuel used in diesel engines, whose fuel ignition takes place, without any spark, as a result of compression of the inlet air mixture and then injection of fuel. Petroleum diesel or fossil diesel is the most common type of diesel fuel. This conventional diesel fuel is made from crude oil fractions boiling in the range of 200–350 °C. It is sometimes also referred to as No. 1 fuel oil. Narrower fractions of this boiling range are used depending on the class of diesel fuel being produced. These differ in volatilities and pour points. Diesel fuels have 40–50 °C higher flash points than gasoline or jet fuels, which makes them safer.

Diesel fuel manufactured by petroleum refining processes. The details of refinery operations differ from location to location, but virtually all refineries share two basic processes for separating crude oil into the various product components. The basic functions of the refinery
can be broken down into three categories of chemical processes:

Diesel fuel is produced from the fractional distillation of crude oil between 200 °C (392 °F) and 350 °C (662 °F) at atmospheric pressure, resulting in a mixture of carbon chains that typically contain between 9 and 25 carbon atoms per molecule.

Fuel
Unlike gasoline and liquefied petroleum gas engines, diesel engines do not use high-voltage spark ignition (spark plugs). Diesel is widely used as fuel in most types of transportation such as cars, buses, trucks. Diesel-powered cars generally have a better fuel economy than equivalent gasoline engines and produce less greenhouse gas emissions. Their greater economy is due to the higher energy per-liter content of diesel fuel and the intrinsic efficiency of the diesel engine.

Chemical Manufacturing Industry
Poor quality diesel fuel has been used as an extraction agent for liquid-liquid extraction of palladium from nitric acid mixtures. Such use has been proposed as a means of separating the fission product palladium from PUREX raffinate which comes from used nuclear fuel. In this
system of solvent extraction, the hydrocarbons of the diesel act as the diluent while the dialkyl sulfides act as the extractant. This extraction operates by a solvation mechanism.