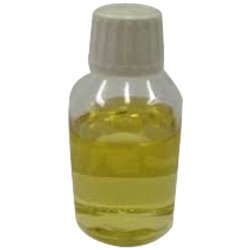 Propionic acid is usually the second most abundant SCFA produced during fermentation. Propionic acid is absorbed into the portal vein but is removed primarily by the liver. Unlike other SCFAs, it was previously thought to inhibit cholesterol synthesis in the liver. However, although this effect has been well established under experimental conditions, it is now believed that sufficient propionic acid is not formed in the colon and is absorbed into the portal vein to produce this effect. However, it is worth noting that those gums associated with the cholesterol-lowering effect are often those that promote the production of propionic acid.

Propionic acid can be produced by slowly growing gram-positive bacteria, for example, Propionibacterium, and some gram-negative anaerobes such as Selenomonas ruminantium.

In industry, propionic acid is mainly produced by the hydrocarboxylation of ethylene using nickel carbonyl as the catalyst:

It is also produced by the aerobic oxidation of propionaldehyde. In the presence of cobalt or manganese ions, this reaction proceeds rapidly at temperatures as mild as 40– 50 °C:

Large amounts of propionic acid were once produced as a byproduct of acetic acid manufacture.

Propionic acid inhibits the growth of mold and some bacteria, and its content is 0.1-1 wt.%. Therefore, most of the propionic acid produced as a preservative for animal feed and human consumption. For animal feed, it can be used directly or as an ammonium salt. The antibiotic monensin is added to the cattle feed to promote propionibacteria over the acetic acid producers in the rumen; this produces less carbon dioxide and better feed conversion.

Propionic acid is also useful as an intermediate in the production of other chemicals, especially polymers. Cellulose-acetate-propionate is a useful thermoplastic. Vinyl propionate is also used. In more specialized applications, it is also used to make pesticides and pharmaceuticals. The esters of propionic acid have fruit-like odors and are sometimes used as solvents or artificial flavorings. In biogas plants, propionic acid is a common intermediate product, which is formed by fermentation with propionic acid bacteria. Its degradation in anaerobic environments (e.g. biogas plants) requires the activity of complex microbial communities.

It is also used as a preservative and flavoring agent in packaged foods such as baked goods and cheese. Calcium propionate and sodium propionate, the salt forms of propionic acid, are used in bread and tortillas to prevent mold.