Glacial Acetic acid is the undiluted form of acetic acid. Acetic acid, also known as ethanoic acid, has a molecular formula CH3COOH. It is a weak monoprotic acid which is able to lose a proton from its acid functional group (-COOH) readily and produce a conjugate base, acetate anion. Acetic acid is also a polar protic solvent as it dissolves readily and is miscible in other polar solvents such as water. However, its polar nature makes it insoluble and immiscible in non-polar solvents such as octane. Using acetic acid as a starting reagent, it readily forms other organic reagents such as acetyl chloride and ethanol though substitution and reduction reactions respectively. Acetic acid can also corrode metals such as iron, magnesium and zinc, forming hydrogen gas and metal acetates. But since aluminium forms a protective layer of aluminium oxide on its surface, it is acid-resistance and hence aluminium tanks are used as an option to transport acetic acid. Alternatively, high-density polyethylene (HDPE) drums can also be used to transport acetic acids as due to their resistivity.

Acetic acid is also manufactured via acetaldehyde oxidation, where oxidizing butane and hydrating ethylene via Wacker process obtain acetaldehyde. This crude acetaldehyde is purified by extractive distillation, followed by fractional distillation. This acetaldehyde will further oxidize to acetic acid.

Acetic acid helps in the breaking down of starches and sugars in table sugar, as well as sugar in milk. It is also used to manufacture vinyl acetate monomer, acetic anhydride and acetate ester, as well as purified terephthalic acid. In addition, Acetic acids are widely used for textile processing and printing. Acetic acids are used to synthesize acetic anhydride that serves as an acetylation agent and its major application is for cellulose acetate. 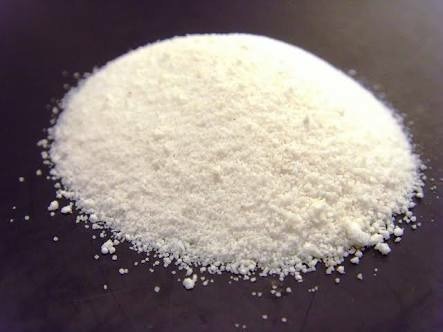