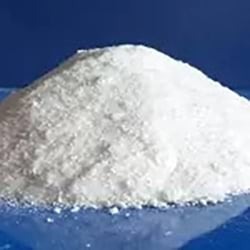 Sodium formate, HCOONa, is the sodium salt of formic acid, HCOOH. It usually appears as a white deliquescent powder. Sodium formate is used in several fabrics dyeing and printing processes. It is also used as a buffering agent for strong mineral acids to increase their pH, as a food additive (E237), and as a de-icing agent.

Intermediate Chemicals
Sodium formate chemically reduces other components by donating an electron or electrons. Formic acid and oxalic acid are prepared from sodium formate. Sodium formate is used in the manufacture of sodium hydrosulfite, a common reductive bleaching chemical.