Magnesium sulfate is an inorganic salt with the chemical formula MgSO4. It occurs in two forms, monohydrate and heptahydrate. The heptahydrate form is MgSO4.7H2O and is commonly called Epsom salt. The monohydrate is MgSO4.H2O and is present in the form of a mineral called kieserite.

Epsom salt is a common pharmaceutical preparation of magnesium and is used both externally and internally. Epsom salt is given orally as a saline laxative or osmotic purgative. It is the main preparation of intravenous magnesium. It is used in replacement therapy for hypomagnesemia, as an antiarrhythmic agent in cardiac arrest, and as a bronchodilator in severe asthma exacerbations. It is also given as first aid for barium chloride poisoning.

Magnesium sulfate is used in bath salts and to prepare foot baths to soothe sore feet. The addition of Epsom salt increases the ionic strength and prevents temporary skin wrinkling. It also gets absorbed into the skin and reduces inflammation. It is also used in floatation therapy, where a high concentration of Epsom salt raises the bath water's specific gravity and makes the body buoyant.

Magnesium sulfate is used to maintain the magnesium concentration in marine aquaria, which consists of large quantities of stony corals, to stabilize the calcium ions depleted by the calcification process. 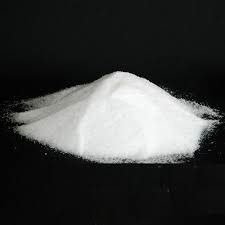