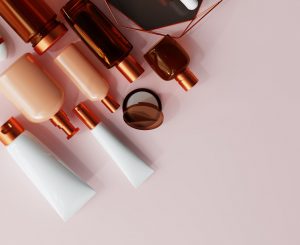 In addition to sun creams, titanium dioxide is additionally utilized in make-up, toothpaste, and even food. Via items such as chewing gum, ice cream, and marshmallows, we take in a huge amount of titanium dioxide. Is that really secure?

Titanium dioxide is very useful when reflected in sunlight as it makes a white crystal dye. Generally, this is really handy if you want to produce bright white toothpaste. And it also had some support from the white sugar coating on the M&Ms. As sun filtering, its good light-reflecting properties make it efficient. But in your goods, is it really as secure?

Currently, this ingredient is one of the most widely used sun filtrations and rarely triggers an allergic reaction. It defends against UVB- and partially against UVA-rays as well. So it’s a prefilter, but because it’s a strong white element, your face will have a bright glow when applied to the skin. There is something that the producers have come up with for this.

This cream becomes more transparent by separating the active substances into microscopic particle sizes. This approach is referred to as nanotechnology and is very contentious. Titanium dioxide’s tiny particles are somewhat similar to asbestos and are hard to get rid of if ingested into the body. They can potentially cause harm to cells. Fortunately, in healthy skin, uptake appears to be minimal.

There is another major drawback to this microparticle ingredient it undergoes a reaction in sun rays. With a sun protection product, that’s definitely not ideal! For quite a while, Australian roofers have known this, in the event that they contact a painted metal rooftop with their hands covered with Nano-titanium dioxide sun cream, rust spots develop on the rooftop inside long stretches of their hands connecting with it. The micro-form mixture of sunlight, water, and titanium produces hydroxyl radicals, and most of this damage the roof coating.

This leads to increasingly aging roofs that will last for generations! A research paper about it has been written by collaborators Phil Barker and Amos Branch. In their research, they suggest that only micro titanium dioxide leads to problems and not normal titanium dioxide.

It’s obvious to me: it’s a stable sunblock, but without the use of nano-technology! Alternatively, maintain nice and pale, which is trendy as well.